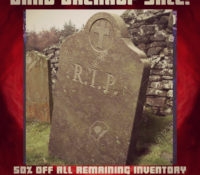 Seems the waveriders have been eagerly awaiting this one!  Dead Feathers came to us after the demise of Hevisike Records, and we were thrilled to welcome them to the family.  Limited vinyl almost gone already, and there’s no question why.  If… END_OF_DOCUMENT_TOKEN_TO_BE_REPLACED 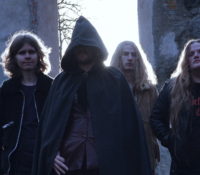 Witchers Creed on Facebook | Bandcamp | Instagram | Twitter wakened From The Tomb… is officially released on 22nd February 2019 on Ripple Music Streamand share new song ‘Monolith’ by Witchers Creed – https://soundcloud.com/ripple-music/witchers-creed-monolith Ripple Music is thrilled to announce the release of Awakened From The Tomb…,the debut album from… END_OF_DOCUMENT_TOKEN_TO_BE_REPLACED