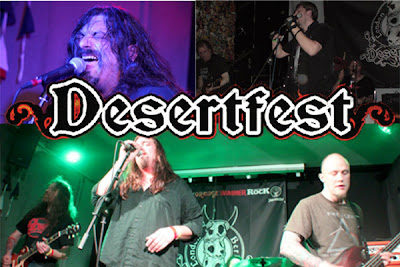 By all accounts, the crowds were blown away. Rocking the Midlands hailed Stone Axe’s recent route through the U.K., as “the best kept secret in rock!” The Obelisk called Grifter’s Desertfest show “no bullshit rock n roll” and “the destination I’d been running to all day.” And famed rock critic, Mark Taylor, from Touchline Live Music andMetaltalk.net, claimed that finally seeing Iron Claw live as they took the Desertfest stage was a “skullcrushing joy.”

So, after planting the flag of hard-driving retro rock firmly in the heart of the U.K., what do the trifecta of Ripple bands do for an encore? They ready themselves for the official North American release of their latest albums! Officially released on April 10, Ripple Music is proud to unleash Stone Axe II Deluxe Edition 2 CD set, Stone Axe Captured Live at Roadburn, Grifter’s self-titled debut and Iron Claw A Different Game.

With the blazing resurgence of true retro-rock taking hold all over the world, these four releases will be at the top of every heavy music lover’s lists. Fans are ready to bask in the guitar heroics of Tony Reed, the gritty biker rock of Grifter and the true retro-resurrection of legendary U.K. doom-sayers, Iron Claw.

Released through Nail Distribution across the U.S. and Canada, with world-wide digital distribution through the Allegro Media Group, you can expect to find these releases at a record store near you, and as always through the Ripple Music Store. Add to this onslaught the critically-hailed Trucker Diablo album The Devil Rhythm and Mos Generator’s 10th Anniversary Deluxe reissue LP, and it’s clear that the time has finally come for real rock and roll to reclaim it’s rightful place upon the throne.

Here’s what the press is saying:

“This one helluva album, and with all the revived interest in 60’s – 80’s rock and metal going on at the moment this set will help mark out Stone Axe as one of the very best in their field. and long may they continue. Hell if you have already got this album its worth getting again for the bonus disc alone. 5/5” — The BCFM Sunday Rock Show

“Grifter is the best classic rock band around” – Captain Zen Beyond