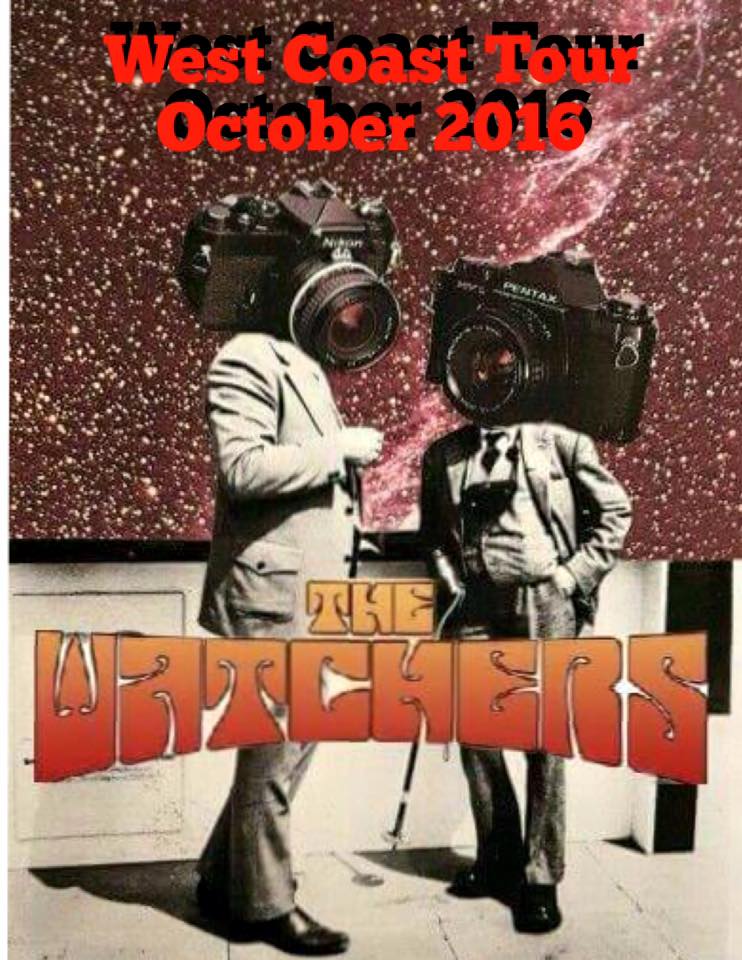 S.F. Bay Area, heavy riff-masters,  ZED and The Watchers, have teamed up for a West Coast Tour set to rock the masses starting October 2016. Long time friends, (Tim Narducci of The Watchers produced the new ZED album) the bands discussed after an evening of late night beverages, how excited they were to be on the same record label, Ripple Music.  Fires ignited, they decided to hit the road together, bringing their unique brand of heavy riffage to stages up and down the West Coast.

The bands will each be touring in support of their latest Ripple Music releases, the just dropped ZED  album “Trouble in Eden” and the upcoming The Watchers debut EP, Sabbath Highway.”

Critics have been raving about both releases, and the tour is certain to pack houses with fans dying to raise their fists and rock out with two of hottest, heaviest bands in the S.F. Bay Area.

“Trouble In Eden isn’t just proof that there is a ton of badass stuff left to be done in rock and roll but also that Zed might be our generations rock gods. Their music is powerful and passionate, and unlike so many of their peers actually exciting.” – Metal Injection

“Zed get what hard rock should be about in 2016. They are unpretentious, powerful and simply in love with the magic of this type of music. This is a band who fill out their sound with the same sort of passion and fiery magic that fueled so many of those bands in the seventies.” – Two Guys Metal Reviews
“Zed needed to deliver a BIG ALBUM for Ripple Music. In my mind they have delivered on all counts as Trouble In Eden is an album that offers the listener 10 tracks of pure hard rock fury.” – Outlaws of the Sun
The Watchers debut “Sabbath Highway” is slated to hit the streets, Nov 4th world wide via Ripple Music, and the critics are already salivating with anticipation.

“One of the most promising Rock outfits with a modern twist, if you like SpiralArms and Orchid You will love The Watchers”. -Ronny Bittner/Rock Hard Germany

“The Watchers act as the bridge between nostalgic metal, the underground scene and Rock radio, that so desperately needs a hero” -Chris Akin/That Classic Metal Show

“Raw, Powerful, and Overwhelmingly appealing, The Watchers are going places, so punch your ticket and take the ride” -Fist/Metal Nexus

Be sure to catch what may very well be THE tour of the autumn at a venue near you!