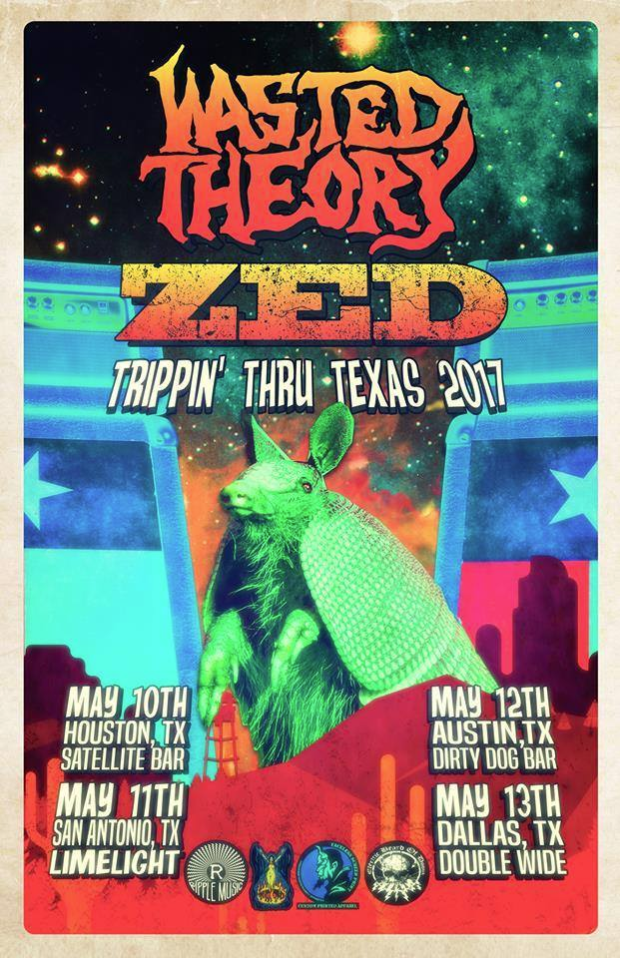 Ripple Music’s West Coast dealers of heavy riffage ZED are joining forces with East Coast hard rockers Wasted Theory to take the Lone Star State by force this May. And when these two forces meet, you better be ready for some Hard and Heavy Rockin! Known as the ‘Trippin’ Through Texas‘ tour, the two bands will devastate the 4 biggest cities, Houston, San Antonio, Austin and Dallas, along with some of the best bands Texas has to offer, such as Wo Fat, Greenbeard, White Dog and more!

ZED bassist Mark Aceves says “We are super excited to finally bring our sound to our friends and fans in Texas, it’s been a long time coming, especially for me being that I’m originally from Texas. It’s going to be like a homecoming! And to be able to share the stage with such great bands and dudes like Wasted Theory, Wo Fat and others just adds to how killer it will be.”