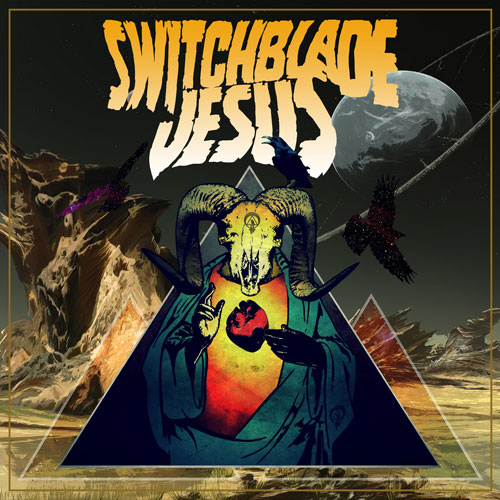 In the latest of a long line of formidable signings this year, LA-based record label Ripple Music is thrilled to announce the addition of Texan band Switchblade Jesus to their roster, and the official rerelease of their acclaimed 2014 self-titled debut this May.

Formed in 2010 in the land of oil and tar, the Corpus Christi outfit consisting of Peter Quarnstrom (vocals), Eric Calvert (lead guitar/vocals), Billy Guerra (guitar), Jason Beers (bass) and Jon Elizondo (drums) may be hard drinking operators of heavy rock and roll, but they are also well versed in the ways of the desert.

Switchblade Jesus, the band’s devastating right hook of a debut was originally released on Kozmik Artifactz and instantly found listeners hearing notable nods to Kyuss, Orange Goblin and Clutch deep amid from the record’s weighty grooves and vintage stoner vibes. A crushing, loose and alcohol-fuelled fistfight between heavy fuzz and wild peyote hallucinations, tracks like ‘Bastard Son’ and ‘Renegade Riders’ showcase the band’s raw and unruly power… and then some.