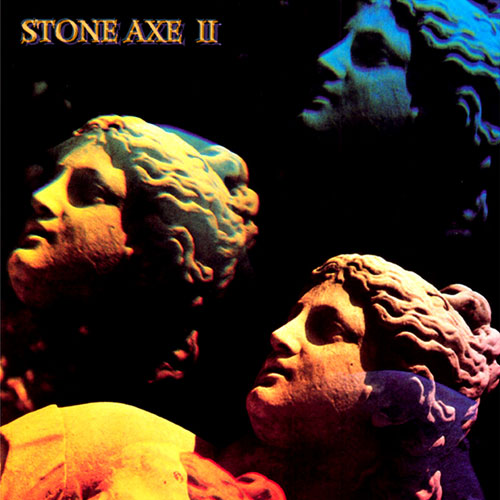 Following up the band’s critically-acclaimed debut album, Stone Axe return with an album so steeped in 70′s rock n’ roll that one might feel the urge to feather their hair, break out the denim vest, and fire up the Camero!

This 2-disc deluxe CD set features the original album as it celebrates everything that we’ve come to love about rock music as rock preservationist and band leader, Tony Reed, channels his collective influences to near perfection.

The second disc includes over an hour of bonus material that was previously only available on the band’s vinyl releases and various compilations.

“This one helluva album, and with all the revived interest in 60′s – 80′s rock and metal going on at the moment this set will help mark out Stone Axe as one of the very best in their field. and long may they continue. Hell if you have already got this album its worth getting again for the bonus disc alone. 5/5″ — The BCFM Sunday Rock Show

“If you are unfamiliar with the band let’s just say that they are one of the premiere seventies rock revivalist groups going around today. I’ll skip writing too much about the original album that’s on offer here, suffice it say that it’s simply bloody great!” — My Global Mind

“If the first Stone Axe Deluxe reissue was great, this one is greater. It’s absolutely stunning! Stone Axe is a difficult band to pin down. They tastefully move from flavor to flavor, but not in a rip off sort of way. This band sounds very naturally, and they proudly wear their influences. This expanded edition of the album includes a second disc filled with rarities taken from the vinyl age. Again this is great, and simply asks you wanting more Stone Axe. This is a must!” — 69 Faces of Rock

“Stone Axe don’t just copy or relay late 60′s-early 70′s hard rock/metal. No, they embrace the sound and they manage to embody not just the notes and beats of that style, but rather the soul that was present in the best bands of that time. While their debut was amazing this album is even tighter and a little heavier. The quality of the songs on disc two are just as stunning as on their other albums. I never quite know what to expect from Deluxe or special editions of albums, but this album was quite spectacular. Only thing is now my appetite has been wet for more Stone Axe material.” — Heavy Metal Time Machine