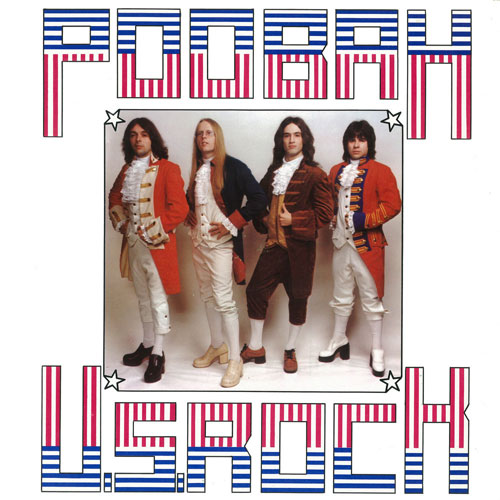 U.S. Rock is the second release from the mighty Poobah (originally released in 1976) and the also the second to be re-issued by Ripple Music. The album features ten tracks in the original running order, remastered by T. Dallas Reed at HeavyHead Studios. This is the first time that this album has seen the light of day in almost forty years and the CD edition features four bonus tracks, including a blistering live rendition of “Steamroller”. Jim Gustafson, the Grand Poobah himself, delivers a resounding set of six string heroics that should have seen him sitting alongside the greats of the time, and shows why he is the Wizard of Heavy Psyche!

“A blowout of English-power-trio and Rust Belt blues, with guitarist Jim Gustafson riffing in a thick-fuzz lather that will remind you, fondly, of Grand Funk Railroad’s Mark Farner and the British ace Tony McPhee of the Groundhogs.” — David Fricke, Rolling Stone Magazine

Bonus tracks on CD only