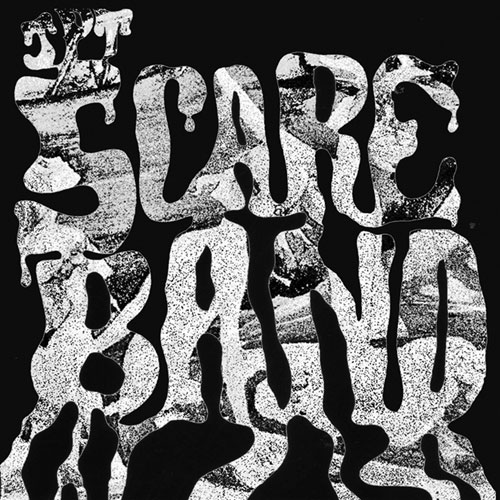 Banded together during the tumultuous years of the early 70s, JPT Scare Band fused a sound equally heavy in hard rocking blues as it was tripped out in psychedelia, creating a sound so imposing that it perfectly reflected the emotions of the era. Formed by guitarist/vocalist Terry Swope, drummer Jeff Littrell, and bassist Paul Grigsby, JPT Scare Band began recording songs in their Kansas City basement and soon compiled a vault full of reel-to-reel tapes that would make up much of the band’s catalogue.

Though the band formed in 1973, JPT Scare Band’s first album, Acid Acetate Excursion, wasn’t released until 1994, over twenty years after the band’s formation. Along withAcid Acetate Excursion, the band, in conjunction with Monster Records, released two more albums, 1998’s Rape Of Titan’s Sirens and 2000’s Sleeping Sickness. Both releases highlighted the bands heavy psych/proto-metal blues sound through the otherworldly and unheralded guitar work of Terry Swope, and each has become an underground cult classic.

The new millennium has seen JPT Scare Band delve deeper into their archive of recorded material, accumulated through massive jam sessions throughout the 70s, as well as the 90s, and a flood of product was soon released. Through the band’s self-realised label Kung Bomar, seven albums hit the streets including 2002’s brilliant Past Is Prologue, 2007’s stunning release of all new material with Jamm Vapour and most recently, 2009’s Rumdum Daddy.

In the waning months of 2009, JPT Scare Band merged their energies with rock label Ripple Music to release Acid Blues Is The White Man’s Burden, a collection of unreleased tracks, extended jams, and outstanding cover tunes that helped bridge the gaps in the JPT chronology and turn on a whole new generation on to their classic version of acid rock.

Despite being scattered across the US, JPT Scare Band has never stopped working and creating relevant music. JPT have the uncanny ability, an almost shared consciousness, to pick up right where they left off after being apart for fifteen years and hammer out a set of hard edged guitar driven rock that would have made Cream sound soft. JPT Scare Band will appeal to fans of Jimi Hendrix, Cream, and Black Sabbath.

This April, Ripple Music will release a very special LP set consisting of their first two, seminal releases – Acid Acetate Excursion and Rape Of The Titan’s Sirens – re-presented in full, with new gatefold album art that incorporates the images of the original two albums. Originally recorded in the 1970s, these albums have been out of print since the original Monster Records release in the early 90s and represent the full early history of the band that Classic Rock Magazine once hailed as one of the, “lost pioneers of Proto-Metal.”