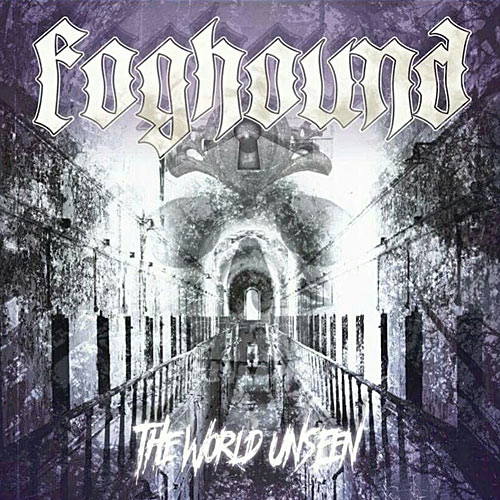 The new album from Foghound is a crushing display of heavy riffs, Fu Manchu-ian driving grooves, heady lyrics and vocals that sear straight into your soul. A great set of tunes from this leading member of the stoner scene.

Foghound erupted out of the Baltimore asphalt in 2012, high on gas fumes and loud riffs.

Forging a line up from ex members of Sixty Watt Shaman, National Razor and Junkrod, Foghound quickly got down to work honing their sound through many live shows across the Mid Atantic region and on their debut album “Quick, Dirty & High” which was released on Moving The Earth Records in early 2014; it was a full-throttle hill climb of dirty stoner rock that demanded international attention & landed on multiple “Best of Year” heavy music/ stoner rock lists.

Their second release “The World Unseen” will be released by Ripple Music in spring 2016 (vinyl & cd). With darker images, textured dynamics and swelling riffs, Foghound traded the old boogie van for a rocket-powered intergalactic street machine.

We traded in the old boogie van for a rocket-powered intergalactic street machine! “The World Unseen” is coming, on Ripple Music.