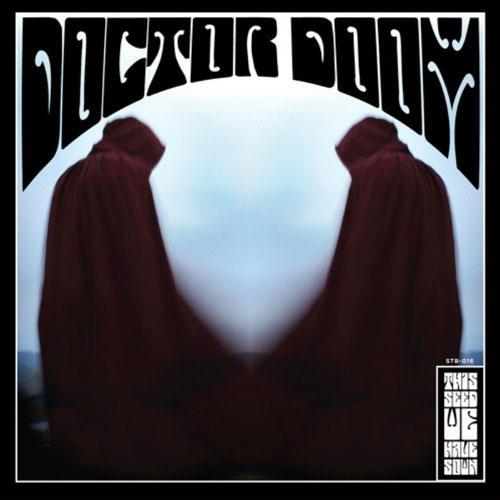 Formed in the French town of Ariège in the Midi-Pyrénées by guitarists Jean-Laurent Pasquet and Jérémie Delattre, since their formation in 2011 DoctoR DooM have blazed an impressive underground trail for followers of new, authentically crafted hard rock, metal and progressive blues.

Having come together out of a shared appreciation for forgotten 60s and 70s music, it didn’t take long for the duo to find kindred spirits in drummer Michel Marcq and bass player Sébastien Boutin Blomfield as they sought to pull together the rhythm section required to knock out a monumentally heavy live set. Initially performing covers of Coven, Thin Lizzy and Deep Purple, out of the riffs and drum rolls of old grew new, original numbers that would later surface fully formed on their 2012 debut DoomO EP on STB Records.

Inspired by the recent wave of Scandinavian stoner/rock bands such as Graveyard, Witchcraft and Spiders, throughout 2013 and 2014 DoctoR DooM took part in a series of high profile festival appearances including Spain’s Riff Ritual Fest, Doom Over Karalis in Sardinia and Germany’s much-celebrated DesertFest before taking to the studio at the end of last year to record their very first LP.

This Seed We Have Sown by DoctoR DooM will be released worldwide on 24th July 2015 on Ripple Music, with a limited vinyl released on STB Records out toward the end of June.