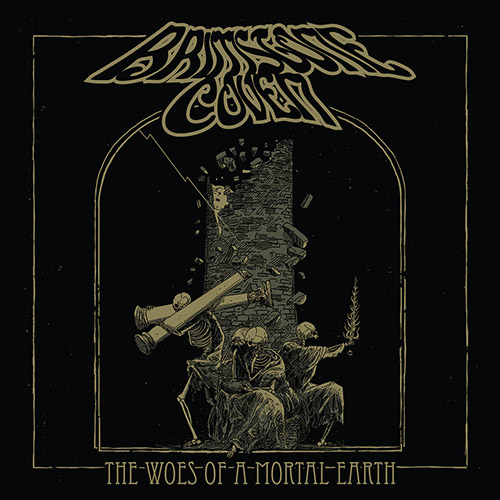 Echoing with the eerie reverberations of heavyweights like Sabbath and Pentagram mixed with the classic rock of Zeppelin and Pink Floyd, Brimstone Coven has created their own contemporary vintage vibe. Hailing from eastern Ohio, the band released two albums on Metal Blade during the first half of the 2010s before revamping their lineup in 2017. Following several tours and the self-released “What Was and What Shall Be,” the band joined forces with Ripple to create their darkest sounding album to date. Despite the foreboding aesthetic of “Woes of a Mortal Earth,” the future for Brimstone Coven has never looked so bright.