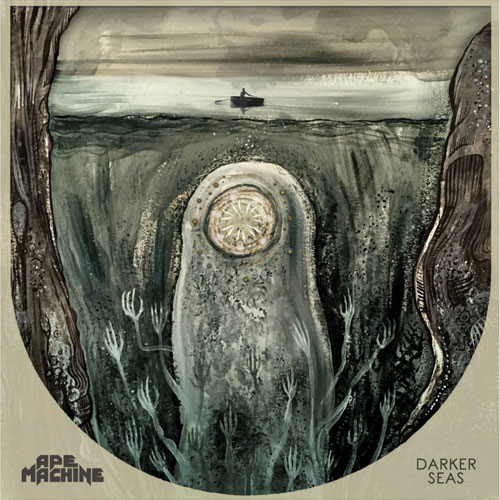 Back in the late 70’s there was a division building up between those that loved their rock bluesy and hard and those that leant towards a more radio friendly commerciality in their grooves. but although battle lines were starting to be drawn up and barricades were slowly being erected one band seemed to galvanise opinion, that band was Bad Company, a group of musicians who successfully bridged the gap between the bluesy bluster of Led Zeppelin and Free and the more easy on the ear AOR meanderings of Journey and Foreigner . So why ,when writing a piece on a fairly recent band, should we be mentioning one of the UK’s finest exponents of mid paced radio acceptable rock?
Well the answer is Portland, OR’s Ape Machine are very much a band from that old school of rock where the strength of your songs,melodies and arrangements are just as vitally important as the riffs and rhythms you use to decorate them, something that becomes glaringly obvious when listening to the bands fifth studio album “Darker Seas” – Desert Psychlist