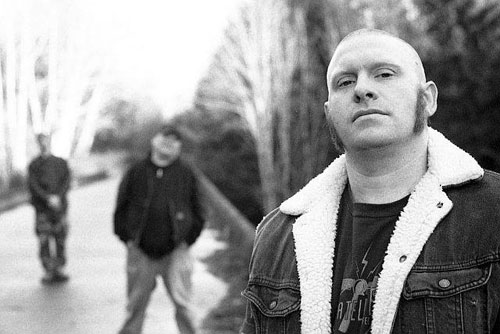 The raucous good time Tacoma punkers of C.F.A. (Cody Foster Army) have announced that the first of four upcoming videos is ready for public consumption, and the heavy rockin’ trio is partnering up with The Ripple Effect for the world premiere on July 1st.

The video for “Kick Rocks” was filmed over the course of several live events from the past year and edited by Killiam Lord, and gives the fans who have yet to experience the live shenanigans of C.F.A. a brief glimpse of the raw power these guys bring to the stage.

“It’s obvious Kill is a fan of CFA’s music,” bassist/vocalist Cody Foster explains. “The shots and movement of the camera really flows with the rhythm of the music.”

The video will also include some extra footage of some typical CFA banter. To those of you who have had a chance to catch their live set, you understand what this entails. If you have not? Think, the Banana Splits. Just less appropriate and more sweaty.

The video for “Kick Rocks” is now playing.

“Kick Rocks” can be found on C.F.A.’s debut Ripple Music release,Managed By The Devil, Brought To You By The Grace Of God, which can be found through Nail Distribution throughout North America, Code 7 in the UK, and Clearspot International in Europe, as well as the Ripple Music online store – http://ripplemusic.bigcartel.com