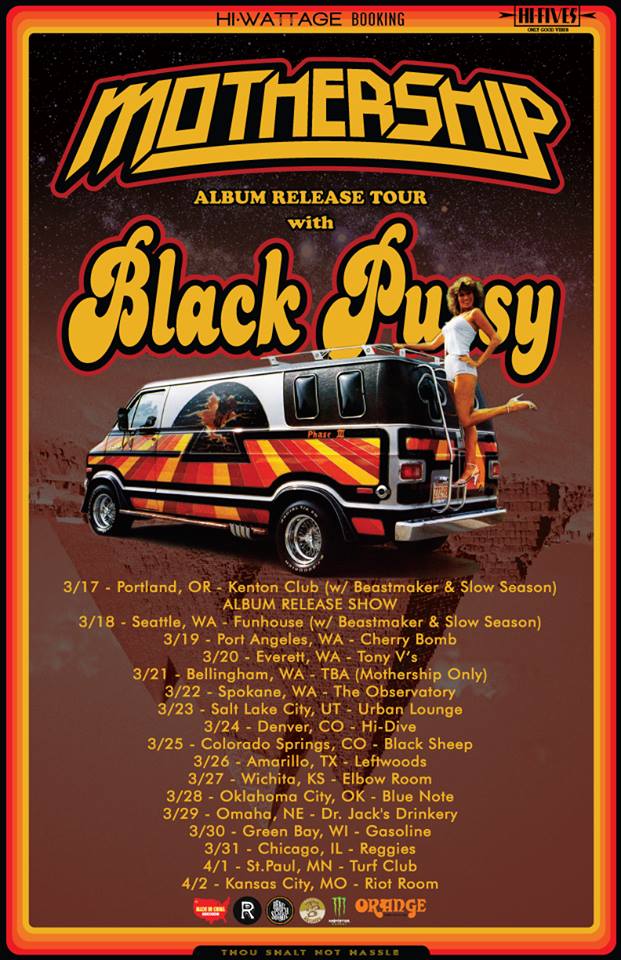 The never-tiring road warriors that are Mothership are returning to the road between March 17th through April 2nd, 2017, this time with the support of Black Pussy.   Just days after finishing their West Coast tour with Slow Season and Beastmaker, look for Mothership to fill the walls of clubs across the United Stated with their brand of 70’s influenced stoner rock. They be supporting their upcoming album High Strangeness (Ripple Music)—which is set for a mid-March release (03/17).  Tour booked by Hi Wattage Booking!