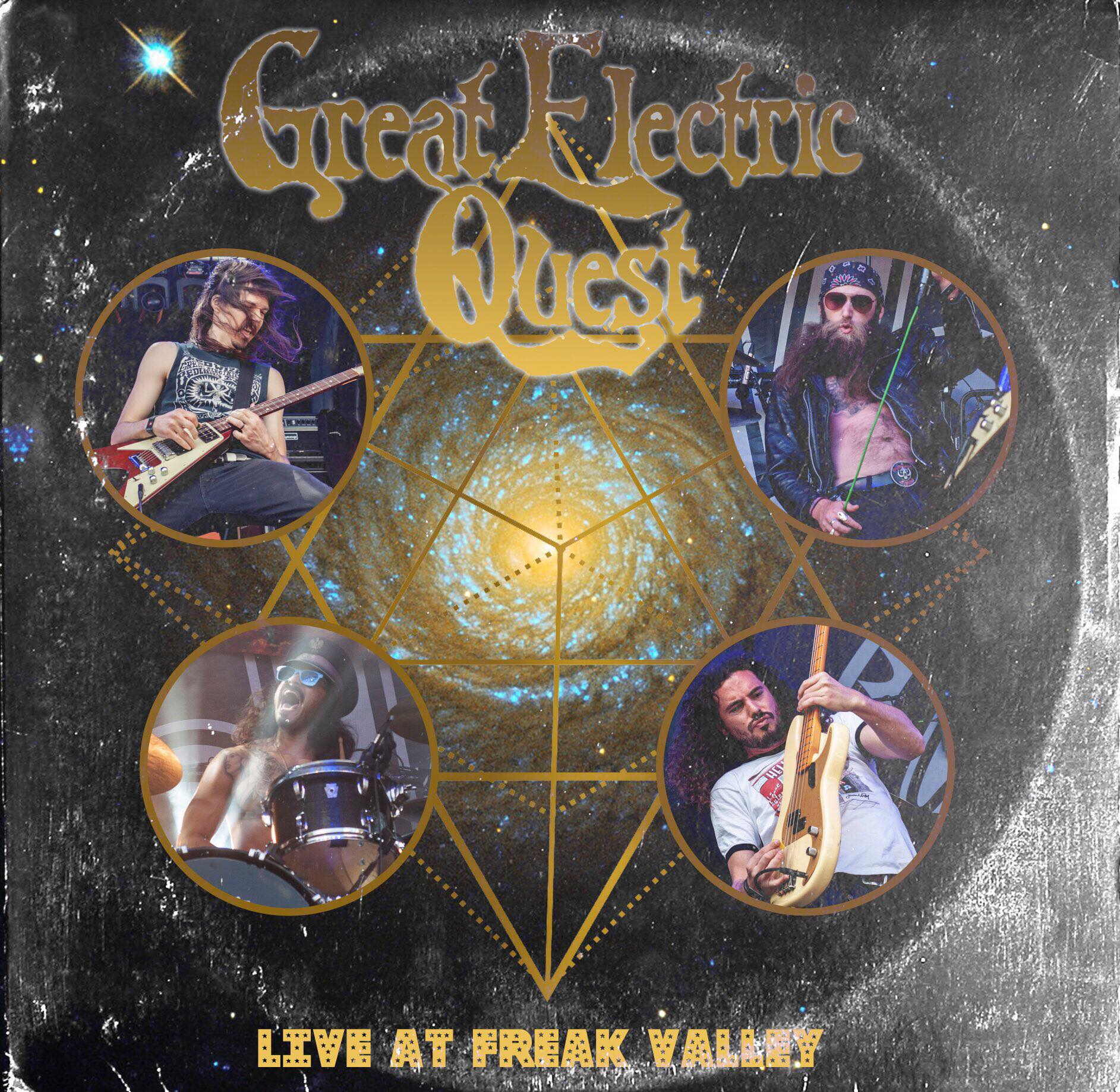 TRACK LISTING:
1. In The Flesh
2. Seeker Of The Flame
3. Of Earth Part I
4. Of Earth Part II
5. Of Earth Part III
6. Victim Of Changes
7. The Madness
8. Heart Of The Son
9. Wicked Hands
10. Highway Star (Deep Purple cover)Sonic story tellers GREAT ELECTRIC QUEST are true merchants of Rock and Roll and Heavy Metal, taking listeners on a journey into an ever expanding world of captivating characters and allegories. Their sophomore album “Chapter II” brought their journey to flat out gargantuan proportions. High-flying solos, rhythms, and lyrics along with the production of Jeff Henson (Duel) and Tony Reed (Mos Generator) combine to bring a bigness and fullness of color that elevates this album into upper echelons. “Chapter II” was released in 2018, following which the band took over international stages with thunderous and dripping-hot performances at SXSW, Desertfest, Ripplefest, Freak Valley Festival and many more!
With “Live At Freak Valley”, GREAT ELECTRIC QUEST are about to establish their mighty reign over the heavy rock underground for good. If headbanging to their first two albums “Chapter I” and “Chapter II” wasn’t enough, you are about to experience the exhilarating force of their live shows through this absolutely must-have live record. Clocking in at one full hour, the band delivers with maestria those epic vocals, high-flying solos, proto-metal grooves and jam-laden turnarounds they are known for: electricity instantly fills the air while the crowd jubilates… You’ve just been thunderstruck by the sheer awesomeness of Rock’n’Roll’s saviours GREAT ELECTRIC QUEST.