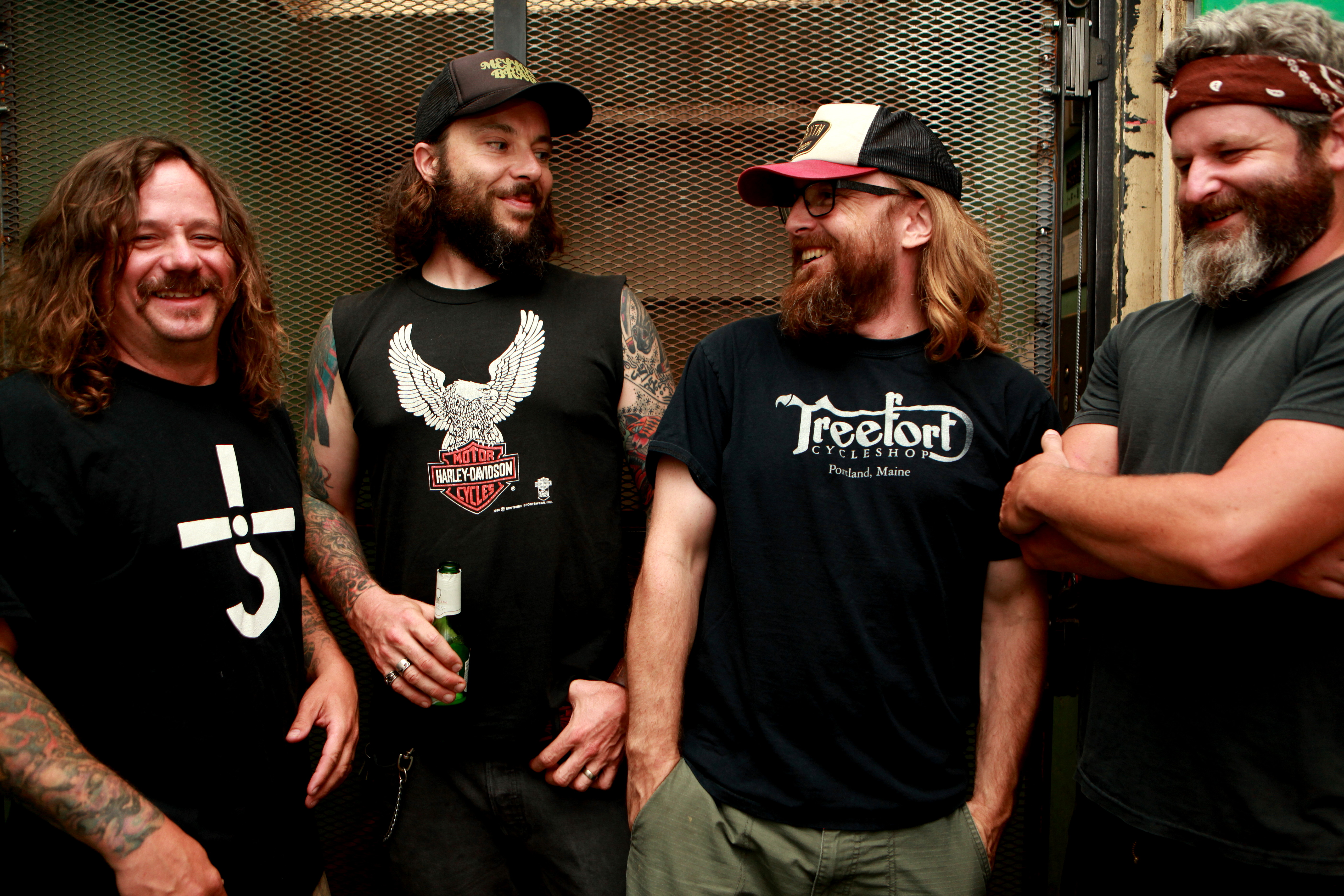 Ripple Music is proud to announce the signing of legendary riff-masters, ROADSAW to the label’s hard and heavy roster. The veteran Boston motor-stoner act still consists of the decade-long classic line up and will be heading into the illustrious Mad Oak Studios with producer Benny Grotto to lay down a potent new batch of songs, due out early 2017, that are sure to please old fans and turn on new ones.

For the unfamiliar ROADSAW invite you to climb inside their jaded jalopy and careen headlong into their amplified analog landscape. From the shores of British electric blues, across the pond to America’s sonic 70s stomp; down to the Southern swamps, thru the New York groove, straight into heart of California’s psychedelic desert. ROADSAW’s long strange trip is a virtual history of heavy riffs.

ROADSAW’s often turbulent career includes 7 albums , numerous compilations, and a smattering of hard-to-find singles. The band has shared stages big and small on both sides of the Atlantic with comrades like Orange Goblin, Fu Manchu, Queens Of The Stone Age, Nebula, Scissorfight, Karma To Burn, Black Label Society and many others. Together with Ripple, the band looks forward to adding a big bold exclamation point to this already impressive resume. US and European tours are being booked for spring 2017, including an appearance at London’s Desert Fest. Spirits are high for the much anticipated return of one of riff rocks most loyal disciples.

Like cockroaches in a post apocalyptic fall out, ROADSAW rise once again. Having survived every storm, war, trend and taste, ROADSAW simply refuses to die. Now, they’re signed to one of the world’s leading heavy rock, stoner, doom and heavy psych label’s, Ripple Music, and it’s a certainty that mayhem will follow. Look for limited edition vinyl, CD’s and digital to be spread around the world in Spring 2017.

So there you have it. New year. New music. New label. The ‘Saw remains the same.