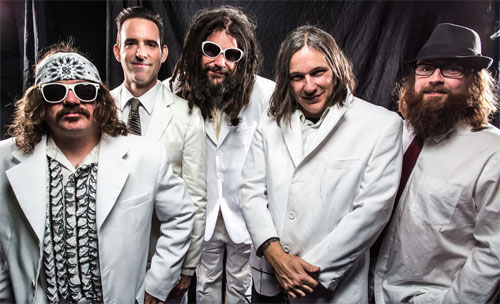 How does a sleazy super group top an incredible year like last year? By starting o! 2014 with an even bigger bang! First comes the announcement that premier hard rock music label Ripple Music has signed the band and will re-release their debut album late this spring. Pressed on white vinyl and including extra tracks, this dose of motor-punk soul will be an instant must-have for music fans who like it hard, fast-n-loud.

White Dynomite have also officially announced the addition of Jay Fortin to the band. The ex-Scissorfight guitarist joins an already-heavy, veteran line up that includes former members of Roadsaw, Wrecking Crew and Fast Acting Fuses. With this twin-guitar front line in place, the group promises to pack more action than previously thought possible.

More details on the upcoming debut by White Dynomite to come this spring, watch this space!