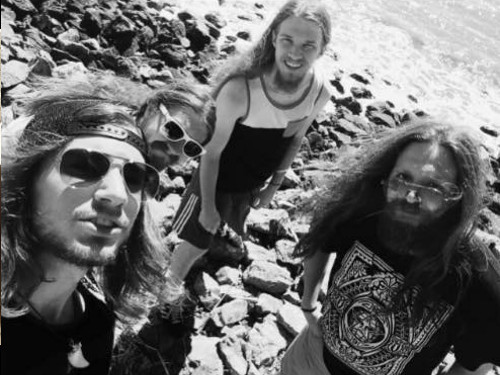 In 2006, guitarist Dylan Jarrett and drummer Evan Anderson formed a rock band in Granite City, IL. under the name “Unfallen” along with bass player and friend Zach Revelle. The band didn’t last but a month and had one practice and would soon depart. In September of 2008, Dylan Jarrett joined a newly forming Rock/Blues band with guitarist Andrew Pashea, cousin of Zack Revelle, and drummer Darren Williams. The band would call themselves “The Ripper”, named after the Judas Priest song.

Along side The Ripper, Jarrett and Anderson, who now called their two man group “The Judge”, had been writing some material in between early 2009 to mid 2010 and had recorded some promo videos and songs with home recording software. After the departure of The Ripper, Anderson and Jarrett sought out to get a drum set so they could reform their old band. That break came in late June of 2010 when Anderson got the drums and they were able to rehearse at Jarrett’s house throughout most of the summer.

With Jones in the band they had found the sound they were looking for. Jones’ bass and Anderson’s hard hitting drum playing accounted for the heaviness of the band along with Jarrett’s progressive style of guitar playing, similar Rush. Jarrett had brought his classic and psychedelic grooves into the playing, Jones was now making his bass fuller and more prominent, and Anderson was more accurate and creative with his drum fills and cymbal choices. Tyler Swope would join the band. His versatile voice, which could hit the highs of Robert Plant and the lows of Jim Morrison, would suit perfectly in the band’s style of rock.

After recording the demo, the band began to play more and more shows, getting their name out, and impressing a lot of people. Comparisons to Led Zeppelin to Black Sabbath to Deep Purple, everyone was loving the sound and vibe. It is here that the band stays.