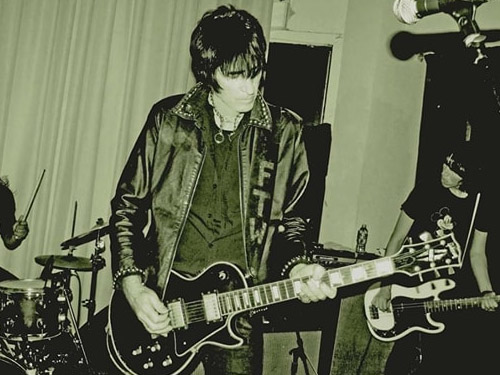 As a teen runaway on the streets of New York, Sonny Vincent drifted to the kindred spirits in the punk scene. His original band, Testors, played CBGB and Max’s, and attracted a following before disbanding in 1981, at which point he formed Sonny Vincent and the Extreme, and Model Prisoners (with Bob Stinson and Cheetah Chrome). He has since formed a number of bands, including Sonny Vincent and His Rat Race Choir (with Scott Asheton, Cheetah Chrome, Captain Sensible), toured with Maureen “Mo” Tucker and Sterling Morrison, of the Velvet Underground, and has just published a memoir, Snake Pit Therapy. He recently teamed up with Ripple Music to release his next set of fiery jams to the masses.
credits