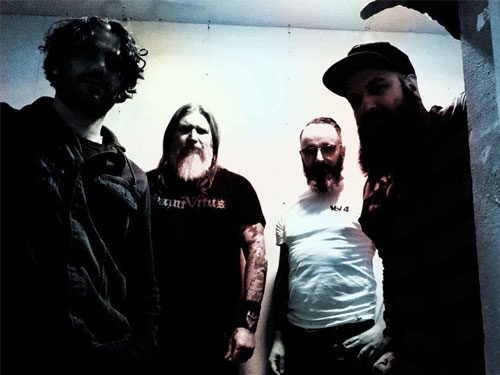 Poseidon: Earth Shaker, Tamer Of Horses, Bull Of The Sea…

Having already stormed major festivals such as Desert Fest London, Bloodstock Open Air and Hard Rock Hell, and having toured with the likes Orange Goblin, Saint Vitus and Mothership, Poseidon took their critical success to new heights with their debut for Ripple Music released in 2017, which was received with almost reverential acclaim worldwide.

Unfortunately 2017 saw the departure of Matthew Bunkell and Jamie Starke, but not ones to give up on something so special, Raza and Matt recruited Yusuf Tary from sludge behemoths SLABDRAGGER and oversaw the return of Roland Scriver from Doom legends SERPENT VENOM, formerly of END OF LEVEL BOSS and SLOTH (UK). Armed with this new arsenal of sonic pedigree, they are currently in the studio writing the 2nd part to the Medius Chronicle.

2018 will see the band back on the road, diving head first into the abyss of the melancholy.