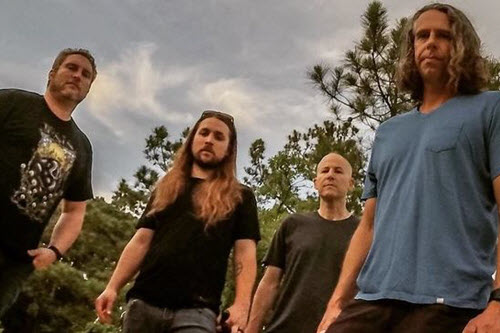 2017 was an exciting year and brought the re-release of the band’s first records, Sunlight and Freedom Hawk, by Ripple Music. Both albums were re-mastered and release on vinyl for the first time since their original release.

The bands fifth release, Beast Remains (Ripple Music), is set to be released in 2018 and will be a return to a four piece with the addition of Brendan O’Neil. The culmination of years perfecting and solidifying their sound, combined with the energy that can only be captured by a four piece, with songs like Solid Gold, Darkness to Light, Champ, and more the stage has been set for what could be another reinvention and expansion of the sound they started ten years earlier.

Over the years, the band have gone on countless tours taking them to across the U.S. and to multiple countries in Europe. U.S. festivals include SXSW, Doomed Fest Maryland, and Doomed and Stoned. European festivals include Roadburn, Freak Valley Festival, and in 2018, Desertfest London and Desertfest Berlin with more live dates to follow as they continue to expand their reach both in terms of music and fan-base around the world!