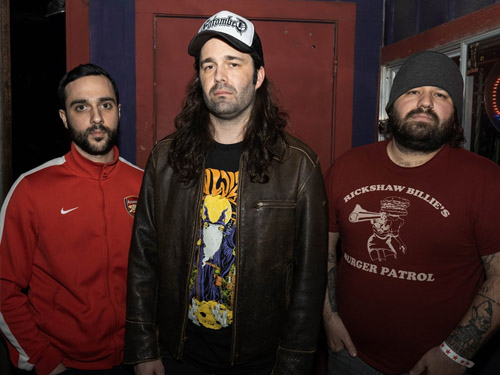 Fostermother is a doom metal band from Houston, TX and was formed in 2019 by multi-instrumentalist, Travis Weatherred. After releasing a single, he found his musical partner in crime Stephen Griffin. The duo released their eponymous debut in late January 2020 and charted at #19 on the Doom Charts for January and #5 in February. In mid 2020, Olde Magick Records released the record on vinyl which quickly sold out in pre-sales all while racking up over 50,000 streams on Youtube. The debut album went on to hit #59 on the Doom Charts Top 100 Albums of 2020. Signed to Ripple Music in 2021, the band released their sophomore album “The Ocean” which reached #3 on the 2022 February Doom Charts