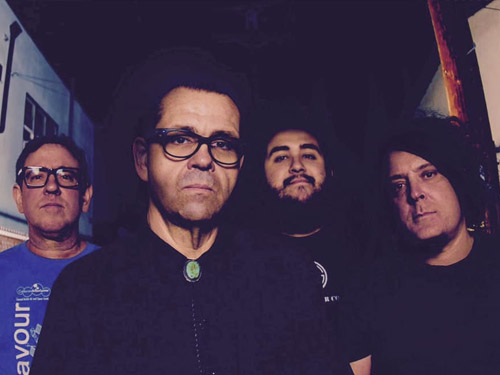 Fatso Jetson is an American desert rock band from Palm Desert, California, formed in 1994 by Yawning Man members Mario Lalli and Larry Lalli, along with Tony Tornay ( Solarfeast, Deep Dark Robot). They are often credited as the fathers of the desert strain of stoner rock later made most famous by their slightly younger neighbours Kyuss and Queens of the Stone Age.[1] While sometimes musically similar to the heavy riffing rock of their stoner brethren, Fatso Jetson incorporate a broad variety of musical influences that includes jazz, experimental pop, blues, punk and surf.

The band has toured extensively in Europe in the last 10 years but are legendary for the underground generator powered shows in the early nineties.

Fatso Jetson is also noted for its contributions to the early editions of the Desert Sessions recordings. The songs “Millionaire” and “Monster in the Parasol” and “ were co written by the band and Mario Lalli. These songs were eventually covered by The Queens of the Stone Age exposing Fatso Jetson to a larger audience.