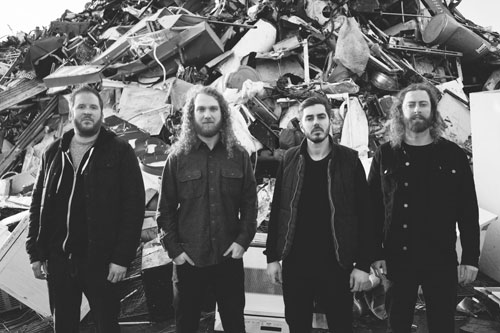 Where the desert meets the mountains. That’s the setting both in locale and style that has lead to the “boogie-infused facepunch” class of rock and roll Chron Goblin has proclaimed since their formation in 2009. Swagger and muscle, charm and wit, Chron Goblin pair melody with aggression and groove for a fresh interpretation of heavy. Following the success of 2013’s sophomore album Life for the Living and touring in the UK, USA and Canada, the band’s highly anticipated third full length album was recorded by Adam Pike (Red Fang), in Portland, OR at Toadhouse Studios, and will be released worldwide by Ripple Music on Nov. 13th, 2015.