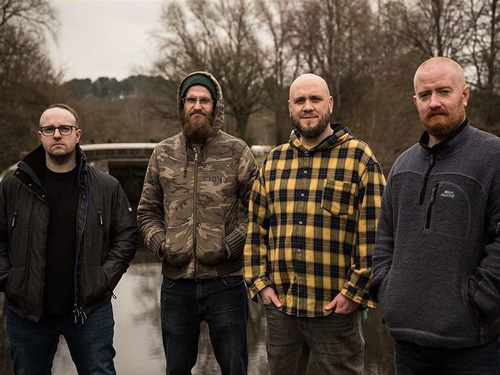 Hailed as one of the heavy music world’s most unbelievably stunning experiences, Boss Keloid are a band driven by a burning need to move forward.

After earning worldwide acclaim for Melted On The Inch (2018), Herb Your Enthusiasm (2016) and The Calming Influence of Teeth (2013), Boss Keloid’s penchant for producing heavy and magnificently multi-layered music has generated huge support and massive expectations. Rising from the stoner/prog underground in the UK, they’ve produced some of the most mind-altering, genre-bending music while gaining a reputation for never standing still.

Now the band are ready to take their next step. Having signed to Ripple Music, fans can expect Boss Keloid’s unique voice to ring loud and clear on new album ‘Family the Smiling Thrush,’ transcending labels like stoner, psych, prog and even metal, fully bursting out of any and all classifications to create something upliftingly fresh and powerfully unique.