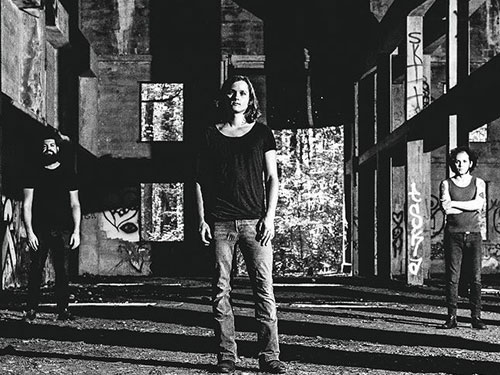 In the brutally cold winter of 2014, Black Lung emerged from Baltimore’s underbelly with unprecedented volume. The trio of Adam Bufano, Elias Mays Schutzman (both of The Flying Eyes) and multi-instrumentalist Dave Cavalier tread the path between sonic pain and bliss. After releasing their self-titled debut and being named “Best New Band” by the Baltimore City Paper, they embarked on a European tour in 2015, including a performance at the Rockpalast Crossroads Festival in Germany. Black Lung’s new album, See The Enemy, was produced by J. Robbins (who has worked with The Sword and Clutch) and is scheduled for release on April 29th, 2016, on Noisolution. They will be supporting the album with a European tour in spring, including an appearance at the Freak Valley Festival with Graveyard and Dead Meadow. The storm is coming