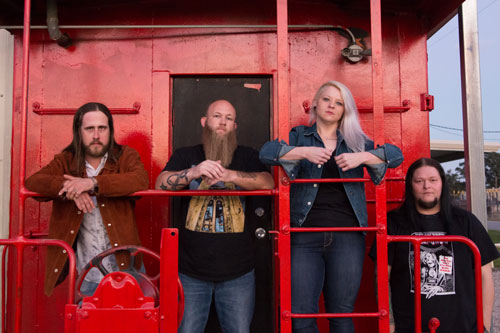 Lafayette, Louisiana’s bluesy southern rock outfit WHITE LIGHT CEMETERY is the latest band to sign with bay-area heavy-riff label Ripple Music. Though an exact release date has yet to be set for the new album, look for an announcement in the coming months.

In 2011 WHITE LIGHT CEMETERY released their first EP, Crow Sessions, cementing their sound as a bluesy amalgamation of influences like Lynrd Sknyrd, Pantera, Black Sabbath, Led Zeppelin, Crowbar and Deep Purple. The band has gained a sizable following in Louisiana and the attention of many southern rock/metal fans throughout the south, opening for a wide range on national acts, most notably Down, Goatwhore and Crowbar. After the Band of Brothers on the Bayou Tour opening for the Kyle Turley Band in the summer of 2013, WHITE LIGHT CEMETERY entered the studio and released a full length album followed by a stint with Crowbar as main support for the Crushing the South Tour.