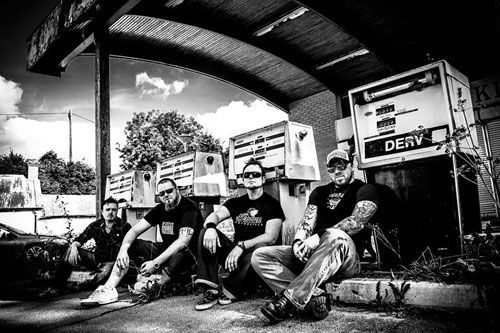 The folks at the 2011 Download Festival felt it. Fans who saw them opening for Black Stone Cherry felt it. The lucky masses who’ll be at Hammerfest 2012 are about to feel it. Soon everyone will know the band that Def Leppard’s Joe Elliot has called “absolutely awesome stuff!”

Trucker Diablo’s The Devil Rhythm is a 40+ minute, high-octane thrill ride down the rock n’ roll highways! Mixing bits of southern rock with classic rock n’ roll and injecting modern day melodic sensibilities, The Devil Rhythm embraces a rebellious rock attitude that is capturing the imagination of a new generation of rock fan.